The Rt Hon The Lord Dulverton

DWLCT Trustees meet for a formal management meeting every month (normally on the first Monday of each month) to manage the day to day affairs of the Trust, act as Lead Partner on the Project to restore Dulverton Weir & Leat (Project Partners are Exmoor National Park Authority, Westcountry Rivers Trust and Young Somerset) and to focus on future areas of Trust activity. 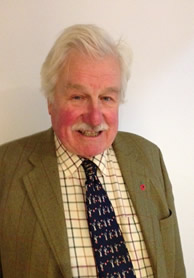 A varied career covering an eclectic round of ventures mostly in Wales. These ventures overlapped but were based on his large Welsh Hill Farm. These included in the commercial sector, the largest yacht chandlery and admiralty agent in Wales, a considerable caravan operation and from 1969 a manufacturer of flags, with factories in England, Scotland and Wales. In the charity sector was for 10 years Chairman of the Boys Clubs of Wales, President of the Flag Institute, taking over a near insolvent operation and in 8 years turning it into the prosperous organisation it is today dealing with Buckingham Palace, the Palace of Westminster and the Diplomatic Corps of many countries operating in the UK.

Moved to Exmoor in 1999 and took on several local causes that needed help;
– raising funds and restoring the near to closing Simonsbath Church. It is now the only Exmoor Church with a complete round of modern facilities.
– organising and facilitating the building of affordable houses in Exford.
– raising money to restore the cricket field and youth club in Exford.
Now Chair of the Exmoor Community Youth Club and on the Management Committee of the Simonsbath Festival. 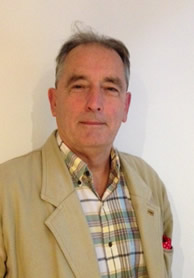 Most recently was UK Lead Partner of GHR Partners, an international recruitment (headhunting) and human resources company with offices in Belgium, France, U.S, Germany, Spain & Italy with its UK office in Bristol.
Arrived in Dulverton in 1984 as Managing Director of Globol Chemicals in Bampton, at that time the largest employer in the area with over 130 employees.

He was married at Dulverton Church 34 years ago, his daughter married at the same church into a local Exmoor family. Now semi-retired, also a member of the Management Committee of Simonsbath Festival. 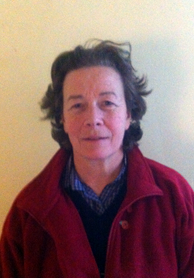 A graduate in Fine Art (Sculpture), has lived on Exmoor for over 40 years, raising a family and continuing her sculpture work whilst helping in the family farming business. The Lloyd family have been well known throughout Exmoor for many years and Marian has been an active participator in, and supporter of, a number of community initiatives; Founder and Treasurer of the Simonsbath Festival; a member of the Withypool Hall Committee for 33 years and is now Treasurer. She is interested in all forms of country life.

Currently, and for the past 15 years, Managing Director of Jets Travel, Yateley, Hampshire.
Started out with mechanical engineering in the construction industry. Moved to South Africa in 1974 to join family venison export business.

On returning to the UK, embarked on a 38 year career as a business owner and entrepreneur in the retail and service sectors. During 1990s, undertook assignments as a Business Analyst (Trouble-shooter) for International Consulting and Management Company.
Has lived in Dulverton for 13 years. Personal interests include enjoying both the ruggedness and the fragility of the Exmoor landscape along with researching the ancient history of the area.

We are grateful for the support of our Honorary Trustees who:-

Provide a pool of committed and engaged leaders of the community who may be available to consult and advise the Trust on matters of importance.

Are persons who’s contribution and support have helped shape the Trust’s direction and progress and who deserve our special recognition.

Are former Trustees who continue to demonstrate their commitment to the Trust and to Dulverton’s Historic Urban Windmill Landscape.