The 2018 Kinetic Sculpture Exhibition was the largest so far with 8 exhibits sited in the open air along the path of Dulverton Leat submitted by amateur and professional artists from all over the UK (scroll down for more details of the artists and their work). In addition, for the first time, an exhibition of smaller works by Luke Tupper, one of our Artists in Residence was shown in Dulverton Library.

The 2019 exhibition looks like being even bigger with, for the first time, expressions of interest from outside the UK.

This year we made two films of the exhibition…(be sure not to miss the films for the 2016 and 2017 exhibitions as well). 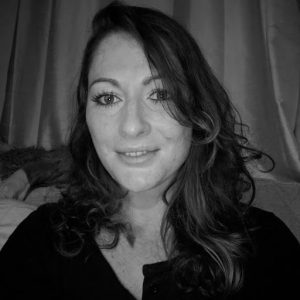 “My sculpture is based on a fascination with the history of Dulverton mills with a particular focus on the manor which was held by Nicholas de Boneville and his wife Hawasia in the late 13th Century. Based on details of an inquisition we know that two thirds belonged to the crown and the other third became Hawasia’s dowry. By using a female mannequin I am drawing attention to the fact that women were used to pass land and monetary inheritance to male descendants or back to the crown.

The two crowns represent the two thirds held by the king, a sleeve and the one white stocking refer to the betrothal at which it was customary for the groom to receive such symbols which were hints at things to come and highly prized. My installation reanimates this narrative of traditional medieval customs but also aims to provoke and question as to how this would be seen today”. 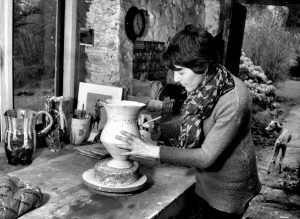 “When imagining and viewing a disused waterway in Britain today, one is usually rudely reminded of the waste that is often thrown into these water features. And it is a common sight to see a disused shopping trolley or bicycle thrown haphazardly into a canal where it will sit and rust and collect debris. So this very British phenomena gave me the idea of creating an abstract version of a shopping trolley for this year’s exhibition.

The trolley is constructed out of clay. Rather than wire sides to the basket, it instead has designs cut out inspired by the wheels and cogs of traditional industrial mill machinery. A kingfisher sits perched on the top preparing to swoop down into the water to catch a fish. As always in time, debris will adapt to its environment and natural habitats will settle around them.”

Andrew Jones……….’The Wind and the Waterwheel’ 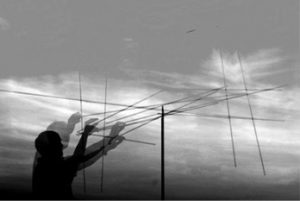 “As the flow of water and wind move the sculpture, the regulated flow of the water in the leat is contrasted with the vagaries of the wind above. it is the varying wind which recycles the water, whisking it from the ocean to rain on the moor and fill the river. By contrast, the motion of the wheel reflects the regularity desired for industry.

I studied Art and Design at Newcastle upon Tyne in the 1970’s. A student wind sculpture project led to the patenting of a new kite invention and then 40 years of work in the design and manufacture of kites for this burgeoning new extreme sport.

Now I am returning to some of the original ideas: exploring the wind and fluid movement for its own sake. How the wind interacts with a solid world, gusting or eddying around the objects it encounters, is endlessly fascinating, but more than this is the wind as a metaphor for so much of the flux of our lives and for the coming and going of knowledge and understanding of the unseen”. See more of Andrew’s work on his website www.rhobile.com 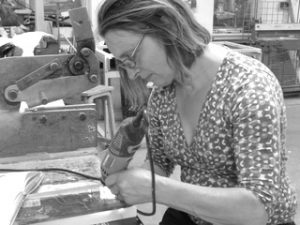 “My name is Maggie Curtis, a mature student living with Parkinson’s for around ten years now. I guess I look at life very differently and I try and make every day matter, appreciating all the simple things in life that we all sometimes take for granted. My illness has taken me on an unexpected path, first studying a two year foundation course in Art and Design which I loved, I am now studying for a Fine Art degree. Much of my Art work inspired by my love of nature, sunrises and sunsets, changing seasons, wild life and the dramatic landscape and coastline of Dorset.

I wanted to create a kinaesthetic sculpture complementing the natural environment surrounding Dulverton weir and leat. I selected materials that reflected the qualities of the water and engraved into the sculpture the feeling and motion of the water. The sculpture sparkled when the sun hit it. My inspiration for the surfaces came from Lawrence Whistler whose engraving of clear glass is so beautifully elemental. Understanding the importance of the mathematical science behind the creation of the movement and using a source of natural energy connected me as a sculptor to the endeavours of the original builders of Dulverton mills”. 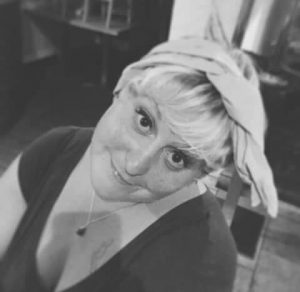 “I am studying for a degree in Illustration at PETROC, Barnstaple and have just completed my first year. My work practise is still developing but I consider myself a Humanist, which is reflected in my work. I respond to people and their stories so my work is often political.

Although this piece is 2D, the kinetic movement created by the air and water make it almost 3D in nature. It references the men who built the leat and honours their remarkable feat of harnessing the power of water, thus changing the lives of the populace.

I used Cotton Mull to reference the textiles produced at the mills powered by the leat that runs through Dulverton. The natural fineness of the cotton cloth reflects the flimsy nature of a time when only the Royals or Nobility has their names recorded.

Over the period of the exhibition the cloth degraded and disappeared into the bed of the leat, just like our memory of those who built the leat, driving change, and I hope we honoured them here”. 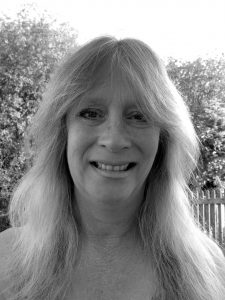 “I am an Art Student, currently studying Fine Art at PETROC College, Barnstaple. My main interests are sculpture and nature and I have enjoyed bringing the two together in many pieces of art that I have worked on. My sculpture, called ‘Tranquility’ is a personal representation of how the leat makes me feel. While the wheel works with the flow of the water, it turns the mirrored spheres that capture the sunlight, the crystals, representing power and energy sparkle in the sun as they make music”.